For the past 6 months Dave has been out of action with an injured shoulder. And, “no” not due to something exciting such as being knocked off his bike, or crashing down a black ski run, but a simple fall on the ice on our deck resulted in tearing 3 rotator cuff tendons, and also partially ripping 2 of them off the bone! So after waiting a few months, here is the result: 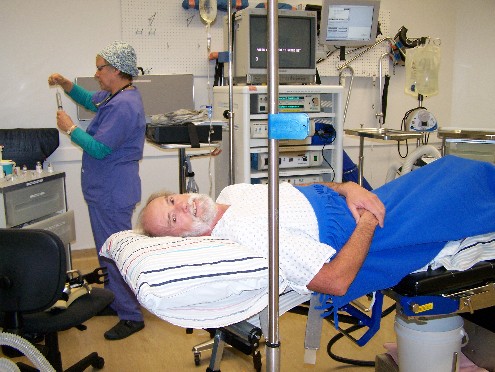 Yes – Dave needed a couple of hours surgery to fix the problem!!

The surgery is being followed by 4 months of slowly increasing physio work-outs, so no cycling for Dave until at the earliest, end of April 2009. But at least he has some company at home: 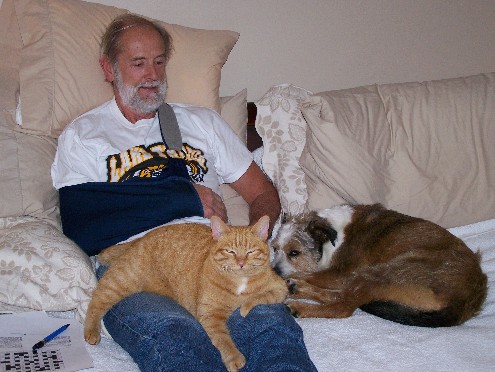 I guess the dog and cat appreciate being allowed to stay inside all day!!

As for Maxine, she is busy running to get ready for theTimes Colonist 10K
in April – at least she is running when not otherwise busy cutting-up Dave’s food so he can eat one-handed!!