This weekend in Courtenay, BC we were visited by three very interesting cyclists! Dave and Christian just setting out on the beginning of their round the world trip, and Rob just finishing his after 5 1/2 years on the road! 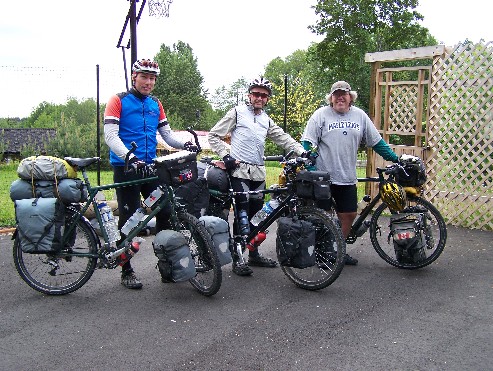 Here they are about to head North from our house. Christian and Dave at the start, and Rob nearing the end of their adventures!

Christian Bomio is from Switzerland, and Dave Collett from South Africa. They meet each other some years ago on the mountain bike racing circuit. Discovered they both wanted do the “Big Tour” and here they are! They both flew into Vancouver last week, and are on their way to Alaska. From there, via as many mountain bike trails as they can find, they will go all the way to Punta Del Fuego at the southernmost tip of Argentina. And that is just the first leg of the adventure!

Rob Cassibo is Canadian from Manitoulin Island in Ontario. He took “one” year’s leave of absence from his teaching job, and headed east. Well, he just kept going, and 95,500 kms and 5 1/2 years later he is now finally on his homeward stretch! What an adventure through all the continents of the world plus those Antipodean Islands “down under”. 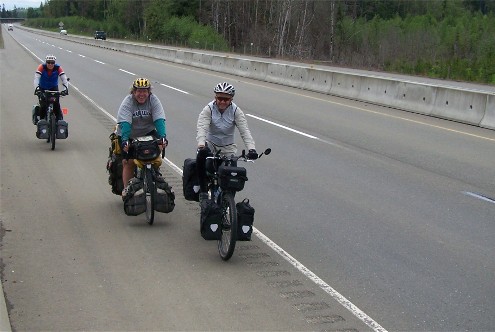 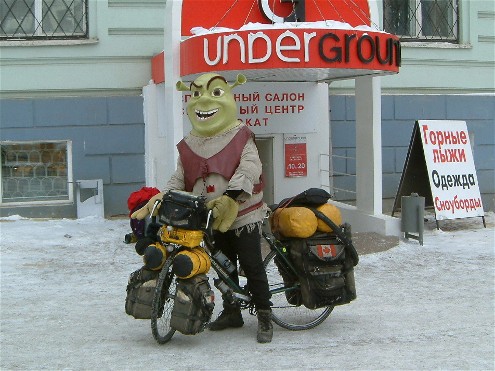 We had to show this photo of Rob in Siberia! He was desperate to find real winter cycling clothing, and this was suggested to him! 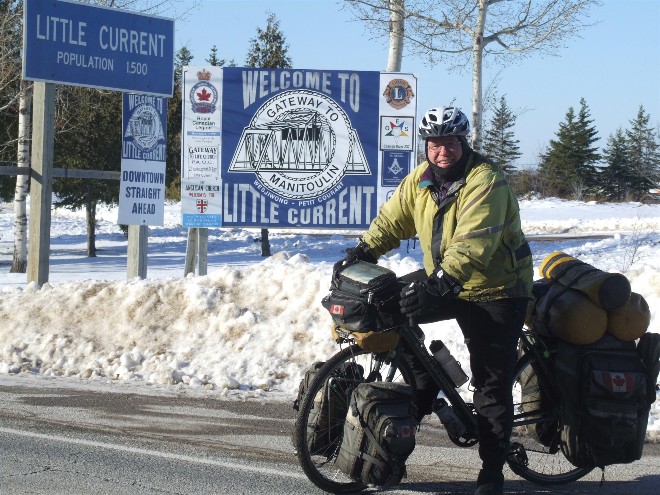